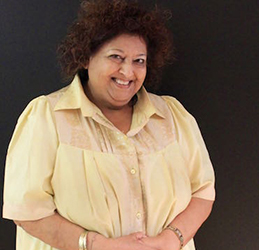 Priscilla Jana is no more. The 70s generation of activists who ignited the consciousness of our country half a century ago, is deeply saddened by the passing of one of its founding members, Attorney Priscilla Jana, who tirelessly served her country in various capacities.

She cut her teeth in the struggle at the University College, Durban, where she came under the influence of Steve Biko, Barney Pityana, Strini Moodley and Saths Cooper. As a fearless articled clerk she took on the terrible might of the vicious apartheid system, finding innovative ways to assist detainees under the feared Terrorism Act and ably acted as lawyer for countless accused.

After Shun Chetty fled South Africa, she became the pre-eminent lawyer in the Reef and other parts of the country. She defended Solomon Mahlangu and kept close contact with Oliver Tambo, when it was dangerous to do so.

She served as an MP in the first democratic parliament, was Ambassador (including at the Hague) and served as Deputy Chair of the SA Human Rights Commission. A brave, generous, compassionate and caring lawyer, friend, comrade, sibling and mother to Tina Molefe-Jana-Chikane, Priscilla Jana will abide in all our memories.